We All Wish For the Cloths of Heaven 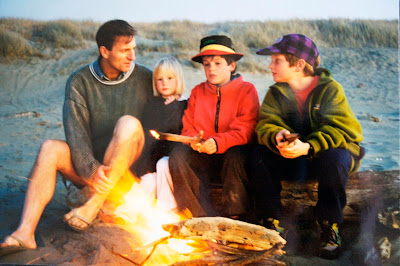 Like so many others,  I just love W B Yeats’s poetry and his poem ‘Wishes for the Cloths of Heaven’ stirs me deeply.
The simplicity and frugal use of words, the stunning imagery and the profound metaphorical essence of this poem captures the emotional intensity we all feel about our passions. It is such a beautiful poem and  I refer to it regularly.
“Had I the heavens' embroidered cloths,
Enwrought with golden and silver light,
The blue and the dim and the dark cloths
Of night and light and the half light,
I would spread the cloths under your feet:
But I, being poor, have only my dreams;
I have spread my dreams under your feet;
Tread softly because you tread on my dreams.”
― W.B. Yeats, The Wind Among the Reeds 1899
The poem is so romantic but yet it could refer to any context where immense passion and love is concerned.
Recently I read in the DomPost that the creator of the ‘jetpack flying machine’, Glenn Martin had resigned as a director from the Martin Aircraft Company. He said, “To me the personal jetpack was always number one, and so the company has a different vision for where it wants to go [compared] to mine. And eventually you go, it’s not for me.” On his departure he went on to say, “I only have two pieces of advice. Deliver the dream that people want, not the product that is easiest to build. Now don’t @#!* it up!”
What Glenn Martin was saying resonated with me and I immediately thought of Yeats’s poem, particularly the line, “Tread softly because you tread on my dreams.”
Steve Jobs (Apple) and Bill Gates (Microsoft) had very similar dreams. Both wanted to get a computer into the hands of everyday people and of course they both have achieved this beyond their wildest dreams. Their energy, passion and entrepreneurship has been absolutely stunning. Steve Jobs died a few years ago but he can rest in peace knowing his wonderful company Apple continues to aspire to the same entrepreneurial vision which was so important to Steve Jobs.
Through the success of  Bill Gates’ original dream he has become one of the wealthiest men on the planet and now his vision goes beyond just breaking new ground with his IT company to using his success to assist the impoverished.
Martin Luther King in his famous speech “I have a dream…...’ laid out his hopes and aspirations for the black community. His passionate call for racial equality became a mantra for subsequent generations and his words provided a vocabulary and bridge for others to carry on his work after his assassination. Although his ‘dream’ is still yet to be fully realised, much progress has been made and others have stepped forward championing the cause.
Not everyone one will be as visible as a Mandela, King, Gates or Steve Jobs but we all in our own way,  bare our soul and lay down our dreams and hopes for the future goodwill of all manner of things including our families. For many they have the privilege to feel passionate about their work where they can make a real difference to others’ lives as part of their vocation.

For many of us, our precious dreams, hopes and aspirations won’t be  fully realised or we will have to settle for some compromise. Sometimes we are in complete control of our destiny when it comes to our life’s goals and aspirations  but often because of things out of our control these dreams can be dashed.

Yeats’s poem is a wonderful lyrical metaphor which allows the reader to reflect on their own hopes and aspirations calling on those who follow to ‘tread softly because you tread on my dreams’.

Posted by warrenowensblog at 16:21 No comments: